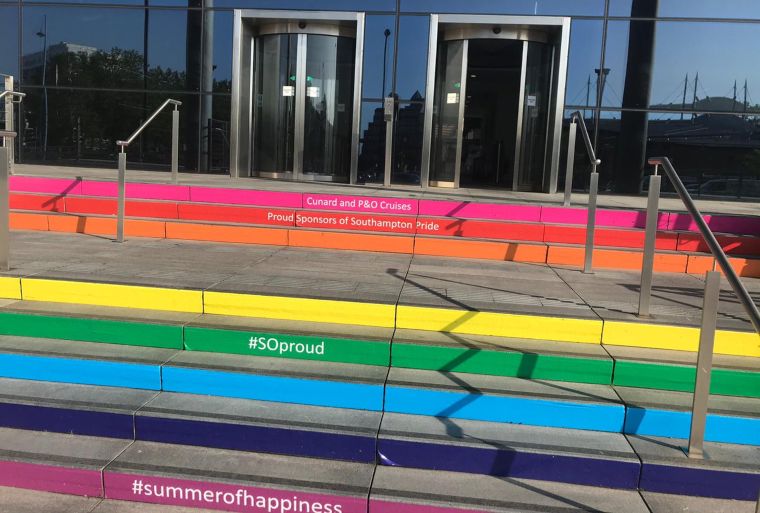 Cunard and P&O Cruises have signed a three-year deal to be headline sponsors of Southampton Pride.

The cruise lines have also marked their support of by changing the stairs of its Carnival House headquarters in the rainbow colours of the LGBT movement.

The cruise lines have been associated with the event since its inception in 2016, with Cunard becoming the first headline sponsor and P&O Cruises being a joint sponsor last year.

Both Cunard and P&O Cruises have a proud and long history of welcoming LGBT guests and crew onboard our combined fleet of 10 ships. We are delighted to be participating in this event and several others around the world.

Expecting to attract more than 15,000 people, Southampton Pride will take place on 24 August.