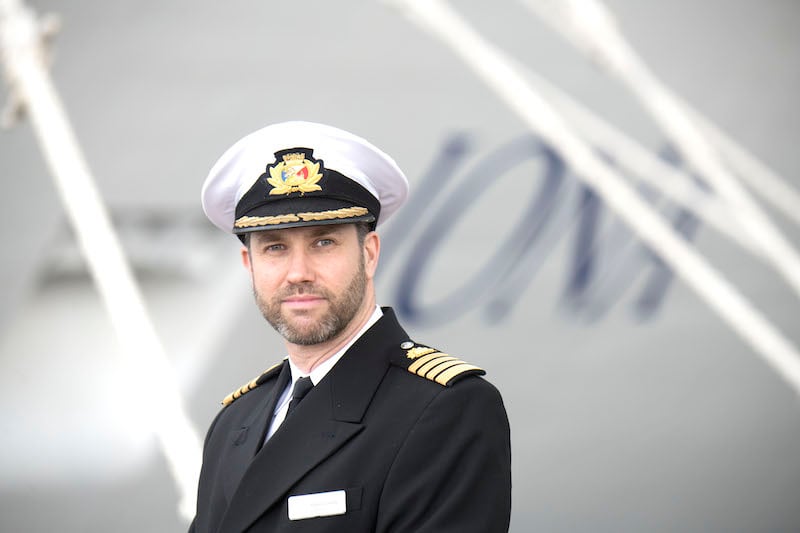 P&O Cruises has announced Captain Robert Camby is to take the helm of new ship Arvia.

Captain Camby will bring Arvia from the Meyer Werft shipyard in Germany to her homeport in Southampton, from where the new P&O Cruises ship will sail an inaugural season of winter cruises. She will then relocate to Barbados for a series of Caribbean fly-cruises.

London-born Captain Camby was introduced to the sea at an early age, his father serving in the Royal Navy. His introduction to cruising came when his grandfather took the family on the SS Canberrra when Robert was 14, sparking his passion for life at sea.

Robert joined the P&O Princess Cruises Cadet programme in 1995 and began studies as a deck cadet at South Shields Nautical College. After working his way through the ranks, Camby was appointed navigator of Cunard’s Queen Mary 2 in November 2005, before transitioning to the rank of deputy captain in June 2008. He has since commanded several P&O Cruises ships, including Oriana, Azura, Arcadia, Aurora, Oceana, Venture, Britannia, and most recently, Iona.

“After 26 years with the company I feel so privileged to command P&O Cruises Arvia and to be working alongside the mosttalented and experienced team. Arvia will underpin all the innovative and environmental credentials of Iona and will create even more aspirational and desirable guest experiences and itineraries specifically for British guests,” Camby said.

Supporting Captain Camby on the Arvia will be Captain Paul Brown; Andy Foote and Archie Kennedy as deputy captains; Robert Long as chief engineer and Helen Kimber and Daljit Sharma as hotel general managers. Other members of the senior management team will be announced shortly, P&O said.