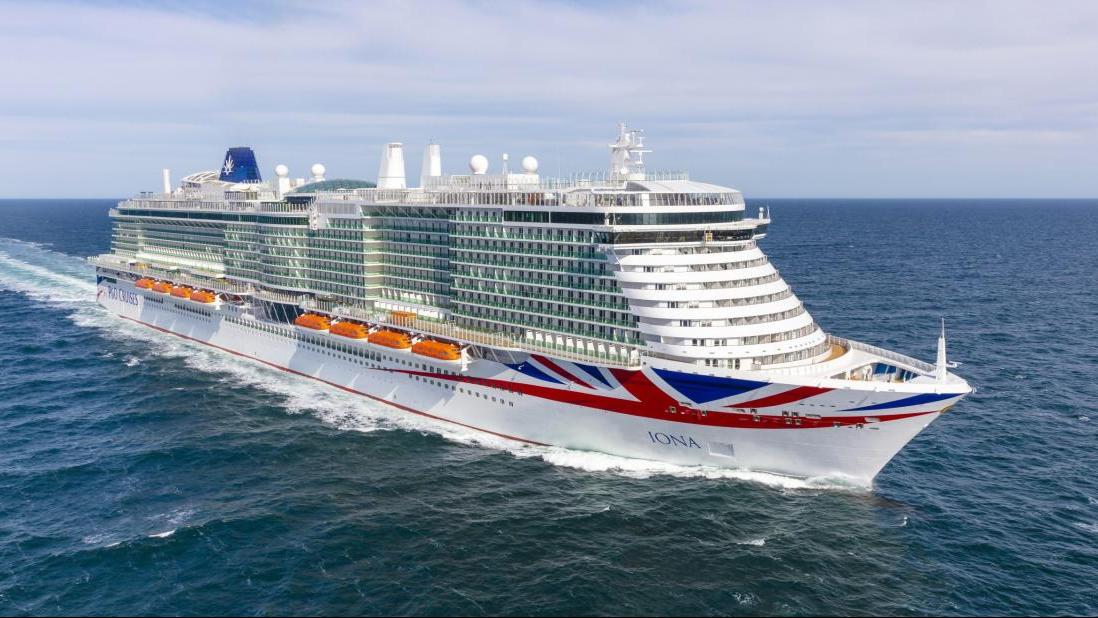 After years in the making, the new P&O Cruises ship has debuted here on our very own shores ahead of her maiden voyage. We spent the week getting to know Iona before she welcomes you, her very first holidaymakers, and it’s safe to say she’s worth the wait. Here are some of the very first pictures of Iona, along with some of our first thoughts on a ship that has kept us all waiting. We have a feeling you might just forgive her…

“Lovely few days on Iona – such a beautiful ship” 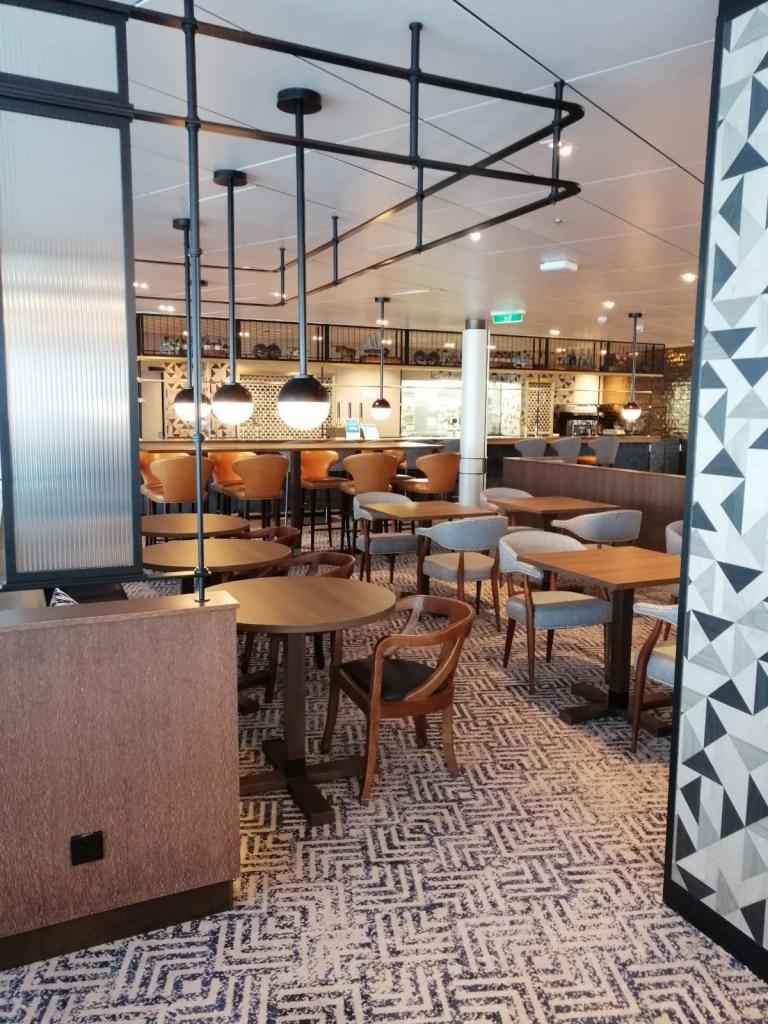 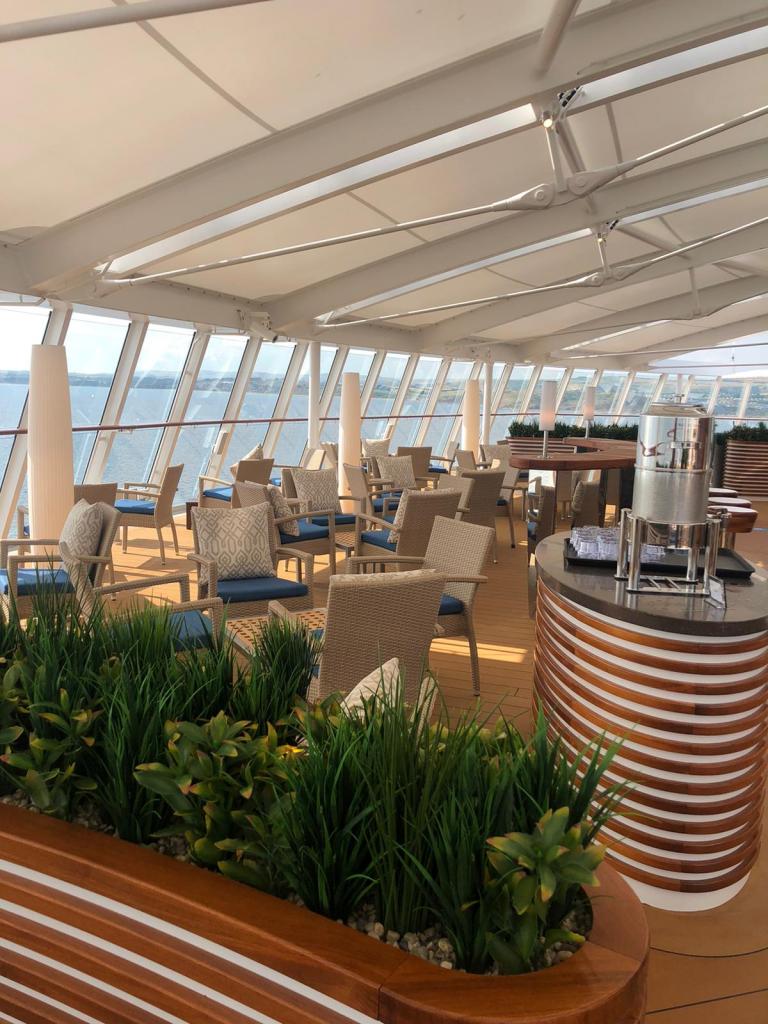 THE SKYDOME ON IONA 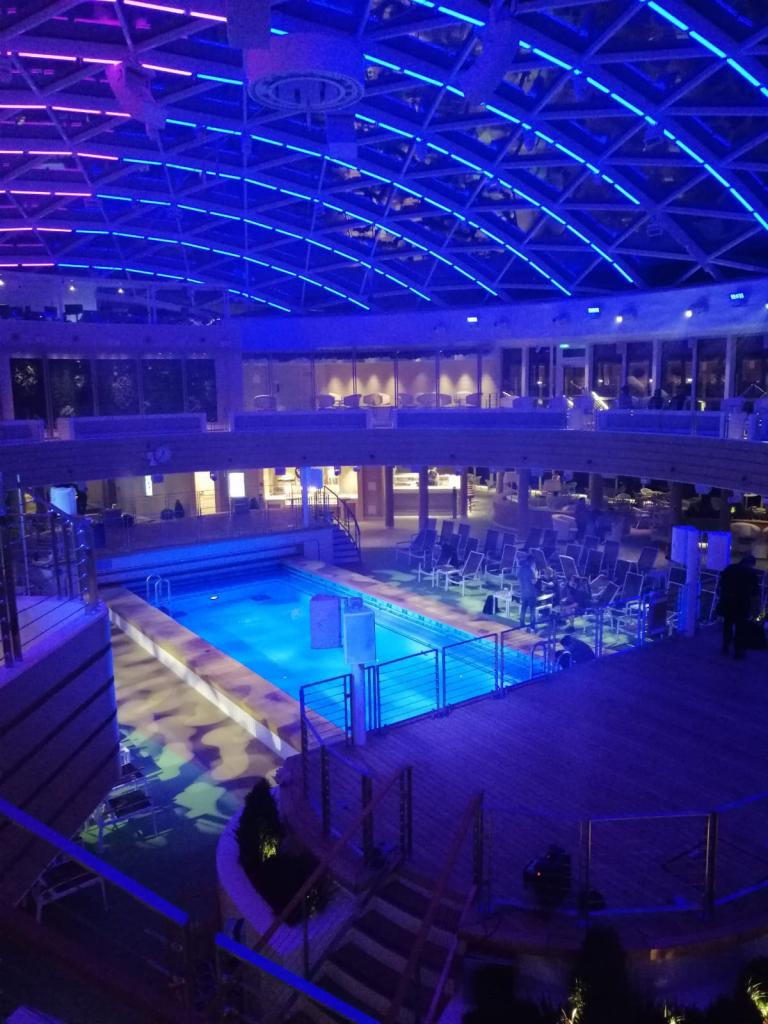 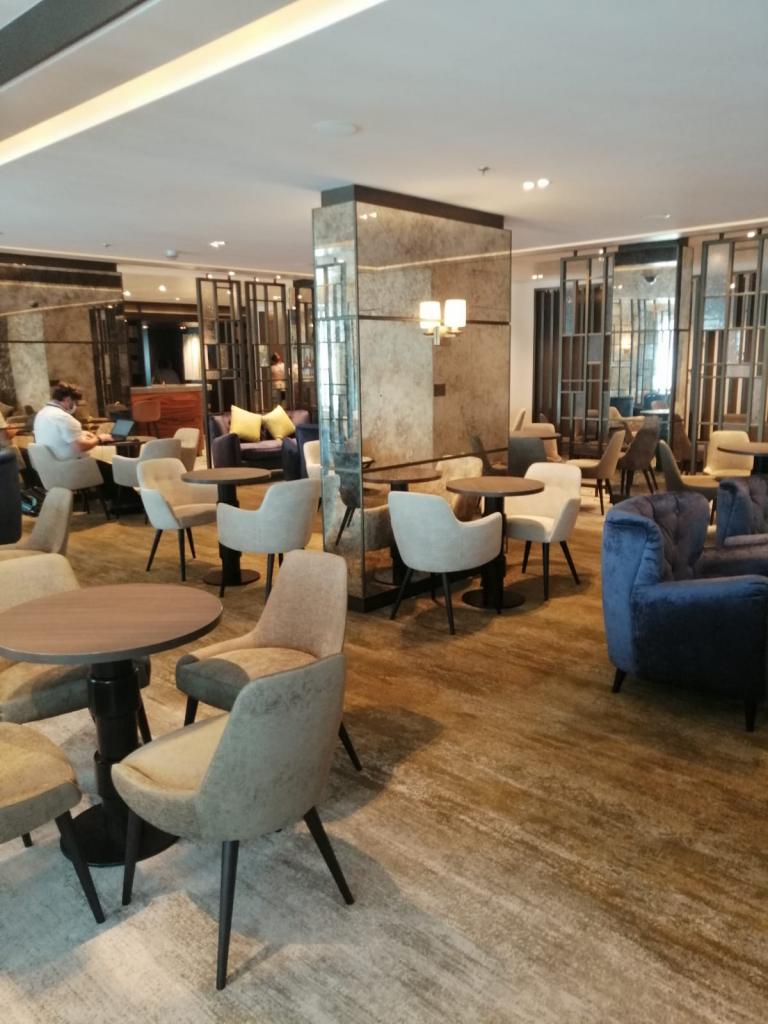 “A show called Festival headlines in the theatre on deck 6 and 7. Featuring a cast made up of 13 all-singing, all-dancing performers, Festival tells the story of a group of guys and girls who meet at a festival, the guys part of a ‘battle of the bands’ that sees them join forces with the girls to perform. Highlights included a comical ‘welly tap’ routine set to We Love to Boogie, a dramatic rain dance with umbrellas, and a DJ take-over mixing David Bowie with Adele and Taylor Swift.” 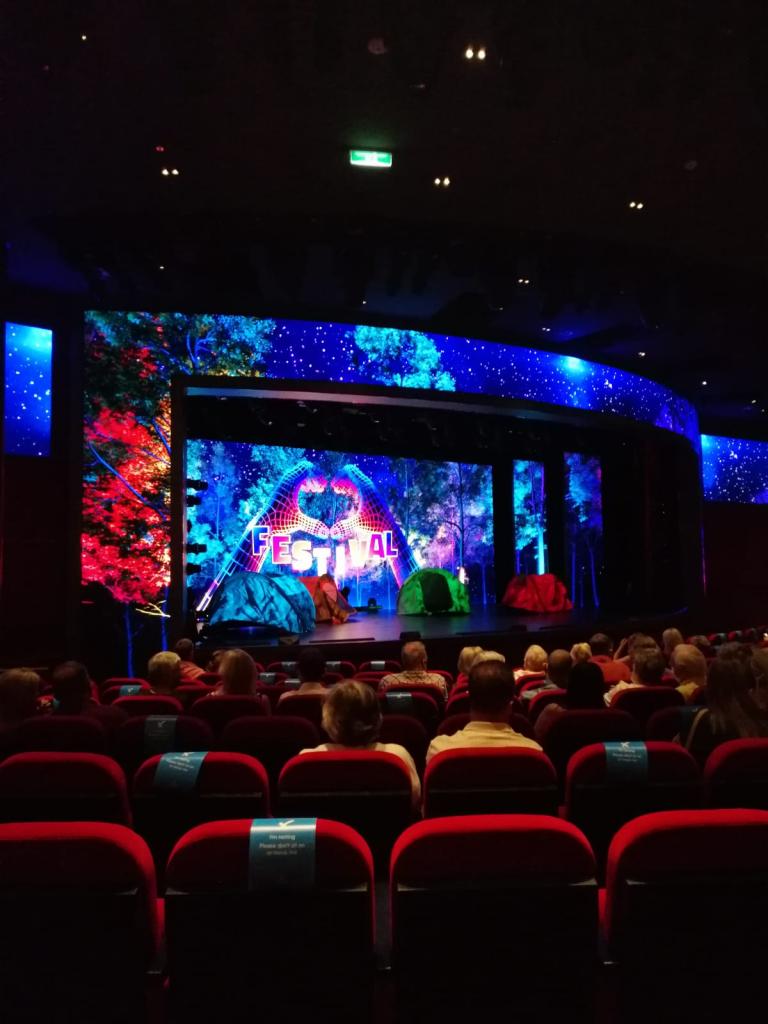 “Brodies on deck 7 is home to the pub quiz (who doesn’t love one of those?) and Ed Sheehan style busker, Craig Stewart, playing a mixture of classics and modern upbeat tunes.”

“We were really impressed that they have water bottle refill stations! It’s the first time I’ve seen them on a ship. It’s the little things…”

“The whirlpools on deck 8 are fab – they’re even better in real life, much better than the deck plan makes them appear!” 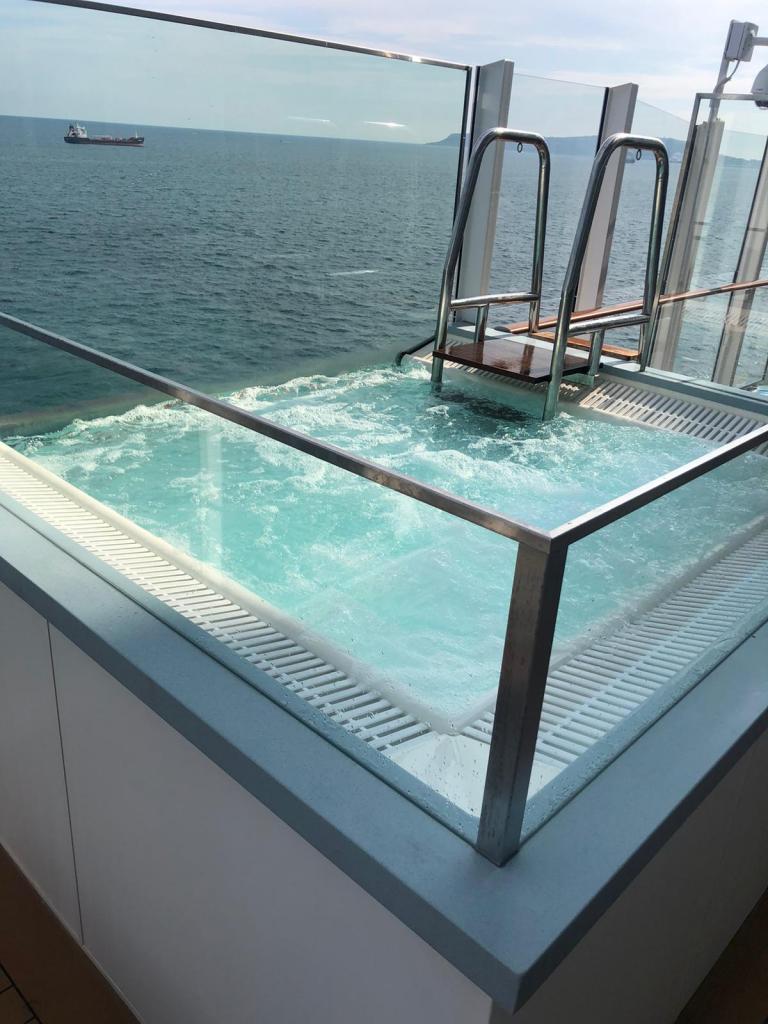 “18 months after the world came to a stand still, it’s so nice to be cruising again. Slowly but surely, we’re getting there.” 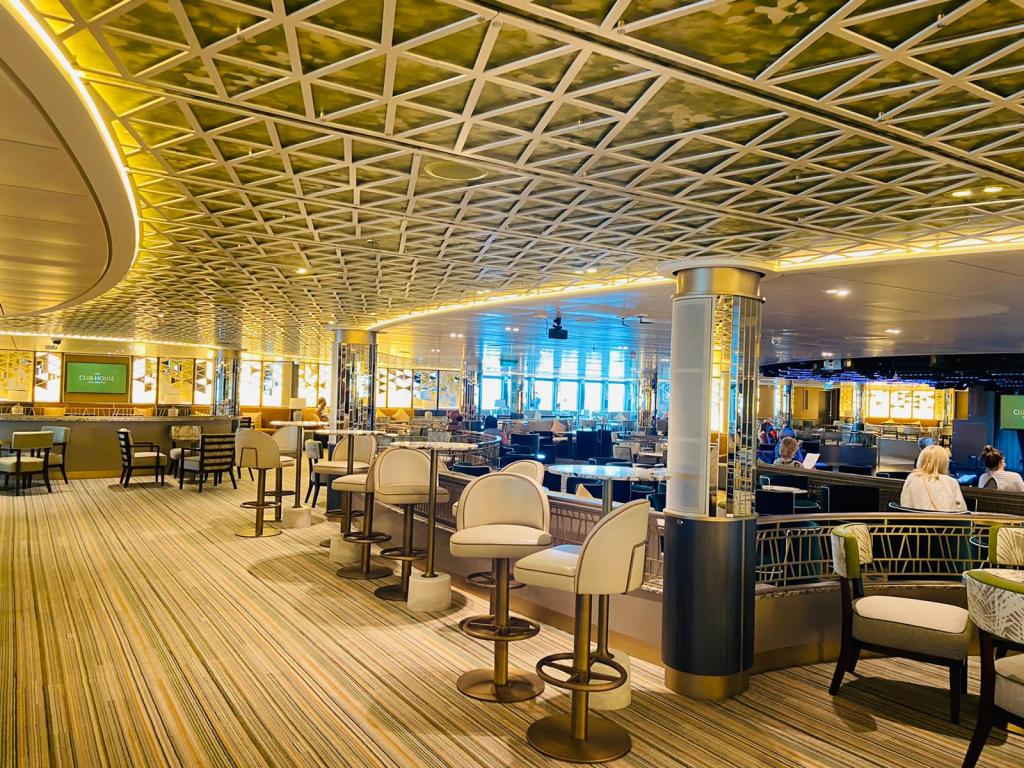 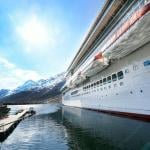 22 Responses to Iona: Your First Look