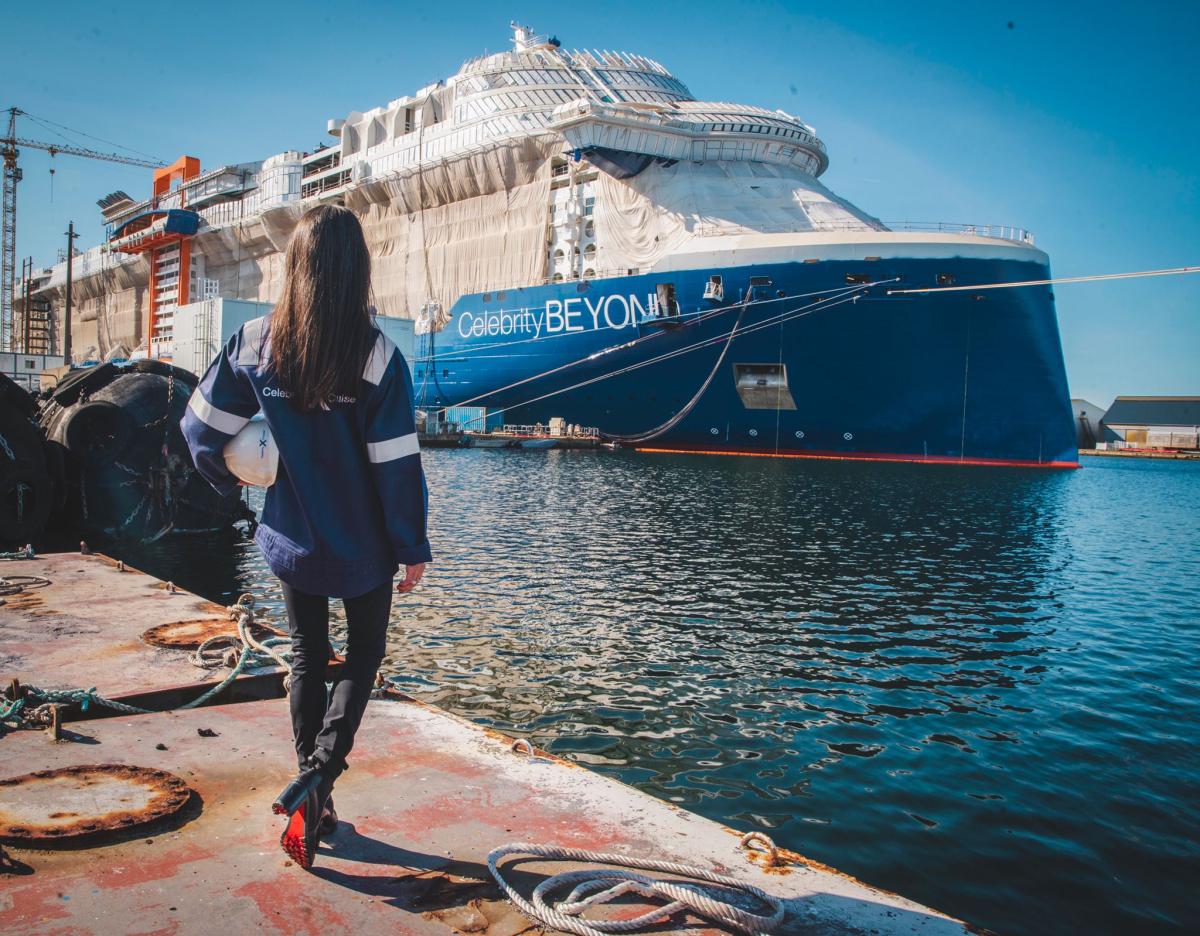 Celebrity Cruises President and CEO Lisa Lutoff-Perlo has revealed Captain Kate McCue will take the helm of Celebrity Beyond, the company’s third ship in its industry-transforming Edge Series debuting in spring 2022.

The dynamic and decorated captain will usher in a new era for the new-luxury brand, sailing a ship brought to life by a dream team of modern lifestyle icons including multi-award-winning British designer Kelly Hoppen CBE; celebrated American designer Nate Berkus; the culinary gifts of Michelin-starred chef and restaurateur Daniel Boulud; and featuring wellness experiences and products from goop CEO and founder Gwyneth Paltrow, the brand’s Well-Being Advisor.

For Captain Kate, the seed to be a captain was planted following a cruise the then-12-year-old took with her family. She told her father that she wanted to be a cruise director when she grew up. His advice to her was that she could do anything she wanted, including captaining the ship.

Since that time Captain Kate has been a pioneer and trailblazer, breaking the gender barrier in 2015 when Lutoff-Perlo named her to be the first — and still only — American female to captain a major cruise ship – Celebrity Summit. She moved to Celebrity Equinox before being appointed to helm the exquisite Celebrity Edge in September 2019. On  8th March, 2020, McCue further cemented her place in the history books when she captained the history-making, barrier-breaking sailing on Celebrity Edge that comprised a cruise ship’s first-ever all-female bridge and officer team. 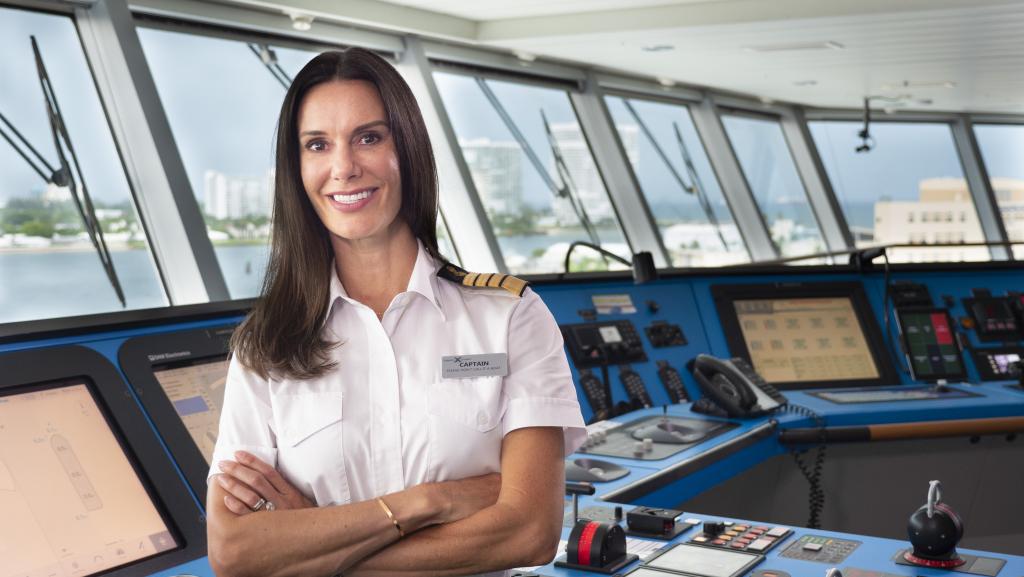 This is a day that I’ve been waiting for since we made the first cut of steel on our beautiful Celebrity Beyond. Captain Kate has transcended what it means to be a captain as a voice and example of inclusivity, diversity, and change,

She constantly thinks about how she can go above and beyond, mirroring the exceptional design and imagination of the ship she will captain. I’m beyond excited to see her take our guests to locations that will open their eyes to the beauty of the world around them and experience travel on a new-luxury ship without comparison.

Since taking on the mantle of captain, McCue has inspired others to shoot for the stars and encouraged people from all walks of life to follow their dreams. The endearing and charismatic McCue has also become a social media celebrity, amassing nearly 3.5 million followers across Tik Tok, Instagram and YouTube by humanising the profile of captain and sharing behind the scenes looks at seafaring life.

To be the ‘take out’ captain for a new vessel is an honour for any captain and it is an absolute dream come true for me. I always say that if you see it, you can be it and I hope that Celebrity Beyond sails as an inspiration for all to see past convention in pursuit of any goal in life,“ said Captain Kate McCue. “I’m forever grateful to Lisa for entrusting this labour of love to me to captain. The thoughtfulness and imagination she put into this ship is only matched by her forward thinking to move the industry beyond what it is now and see what it should be.

Celebrity Beyond will not only hold the title of the largest ship in the fleet, but the distinction as the brand’s most luxurious vessel. Her maiden voyage will depart on 27th April, 2022, from Southampton, for a 10-night Western Europe cruise visiting Bordeaux, France; Lisbon, Portugal; and Seville, Malaga, Palma de Mallorca and Barcelona, Spain.

Following her maiden voyage, Celebrity Beyond will offer a variety of Mediterranean journeys including nine-night Italian Riviera and France itineraries and 10-night Greek Isles itineraries through early October, when she then heads to the Caribbean. Voyages are on sale now.