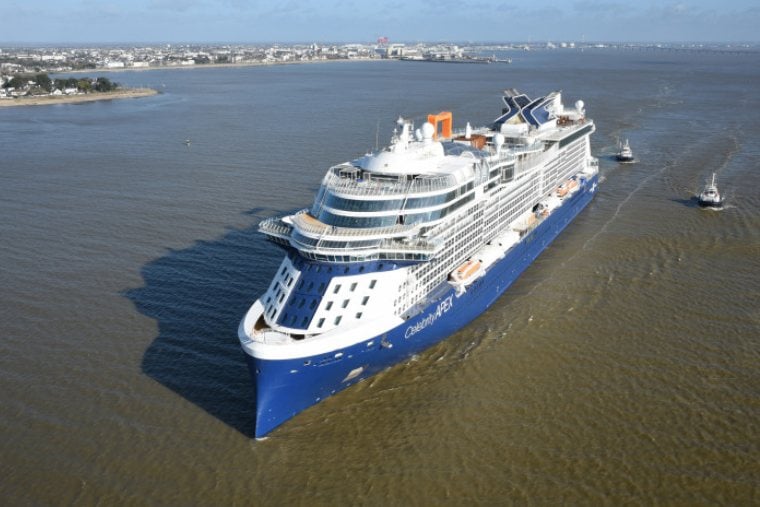 The trial was conducted between 4-8 February, 2020, in the Bay of Biscay near the shipyard, was overseen by more than 50 crew members, including engineers and nautical experts.

The purpose of a sea trial is to test the functionality of the ship, but this wasn’t just any sea trial – and Celebrity Apex isn’t just any ship. In typical Edge Series-fashion, the ship absolutely exceeded our expectations, performing perfectly in line with our above-and-beyond operating standards.

It was an absolute honour to stand at the helm of Celebrity Apex for her highly successful first sea trial. Celebrity Apex is truly a beautiful and highly advanced vessel.

Celebrity Apex will be the first Celebrity Cruises ship to be launched in the UK in over a decade, and Apex will begin her inaugural season from Southampton on April 1, 2020, with a mini-season of five sailings to Northern Europe destinations. During the summer, Apex will spend seven-to-12-night itineraries throughout the Mediterranean before repositioning to Fort Lauderdale for a winter season of week-long Caribbean sailings In November.

Find out more about Celebrity Apex