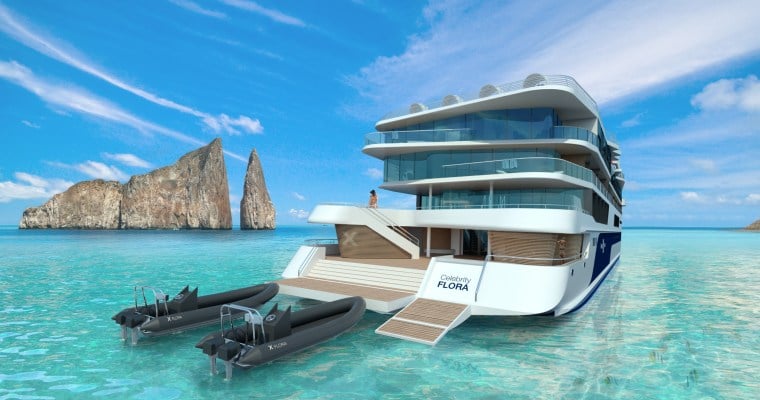 The godmother of Celebrity Cruises’ new ship Celebrity Flora has been named.

Former president of the World Wildlife Fund (WWF), Yolanda Kakabadse, also a former Ecuadorian minister of environment, will be Celebrity Flora’s godmother and will attend the ship’s naming ceremony in Ecuador in June.

Next month, the 100-passenger ship will be handed over to Celebrity Cruises in Amsterdam before sailing to South America where it will sail seven-night itineraries in the Galapagos.

She has fought for the preservation and ecosystem of Galapagos and Ecuador her entire life. Because that is such an important part of the world and we care equally as much as she does about preserving it, we figured she was a really wonderful and inspiring godmother for that ship.

Kakabadse was named president of the WWF in 2010 and served in the role for seven years.

Celebrity Cruises is going to work with Kakabadse to help reduce food waste in the Galapagos.

This mission will be rolled out fleetwide after Celebrity Flora is launched in May.