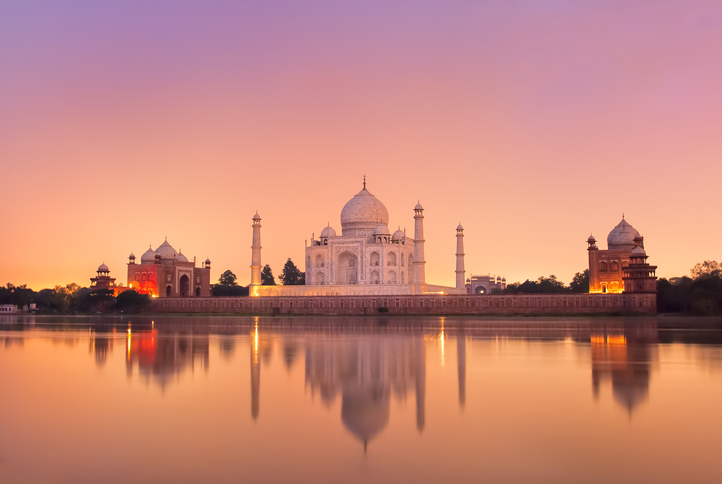 The Great Wall of China

Beginning at Shanhaiguan in Hebei province and ending at Jiayuguan in Gansu province, the Great Wall of China is the only man-made structure visible from the moon.

Stretching a huge 13,171 miles, the wall was originally built as several separate structures, before being linked together to become the Great Wall of China as we know it today. Building began in the 3rd century and continued through to the 17th century, with the majority of the existing wall originating from the Ming Dynasty.

Many World Circumnavigations take you to Shanghai; a destination brimming with excitement and culture. The Great Wall of China is around 14 miles from Shanghai and can be reached by a short taxi ride or on the Line 10 Shangai Metro. 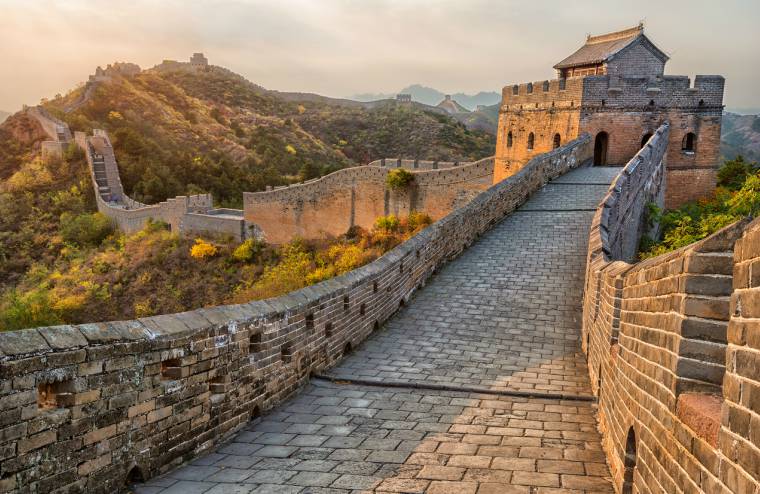 The ancient Nabataean city of Petra was carved into the red rock faces of Aqaba over two-thousand years ago and the historical and archaeological site truly is one to behold. The city is entered through the Siq; a narrow 1km gorge, flanked by 80 metre high cliffs. Al-Khazneh, or The Treasury, is the first structure visitors will encounter and is a huge façade carved out of an area of the rock face measuring 30m wide and 43m high.

From first impressions of Al-Khazneh, the city appears before you; a Roman-style 3,000 seat theatre, colonnaded streets, sacrificial altars, elaborate rock-cut tombs and the imposing Ad-Deir Monastery, all intricately carved into the stunning rose-coloured rock.

Jordan is a popular stop on longer itineraries around Africa and the Indian Ocean, placing the magical city of Petra at your fingertips.

Originally known as the Flavian Amphitheatre (after the emperors of the Flavian dynasty by whom it was constructed), the 50,000 seat Colosseum was the largest amphitheatre of the Roman Empire and was symbolic of Imperial Rome.

Construction of the vast concrete and stone structure began in 70AD, under the instruction of Emperor Vespasion, before it was eventually completed in 80AD by his successor and heir, Titus. Despite a bloody gladiatorial history and severe damage resulting from earthquakes, the Colosseum remains one of the most popular tourist attractions in the world.

Rome is a popular port that is visited on many European and Mediterranean cruise itineraries, where Rome appears alongside Venice, Kotor, Kerkyra, Monte Carlo and Genoa. 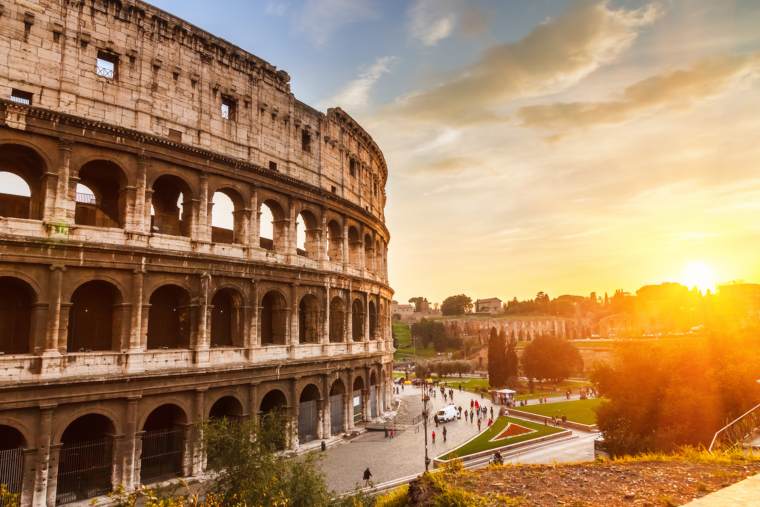 Chichen Itza stands at over 1500 years old and once served as the centre of the Mayan empire; it is now the Yucatan’s grandest archaeological site and one of the most visited places in the world. Central to the Mayan ruins is the Temple of Kukulkan, also known as El Castillo. Built by the Mayan people between 1000AD and 1200AD, El Castillo served not only as a temple to the god Kukulkan, but also as a calendar; the Mayan people devised the 365 day calendar we know today and El Castillo features 365 steps – one for each day of the year. It is also exactly 24 metres tall.

Twice a year, during the spring and autumn equinox, the Shadow Serpent of El Castillo falls on the pyramid; as the sun sets the snake descends the steps to join a stone serpent head at the base of the staircase.

Beyond El Castillo you will find many other Mayan ruins, including the Great Ball Court, Temple of the Jaguars and El Caracol; a structure widely believed to have served as an astronomical observatory.

The 15th century Inca site of Machu Picchu is an icon of Inca civilisation. Perched 2,430 metres above sea level, on a mountain ridge above Sacred Valley, this World Heritage Site escaped unscathed from the Spanish Conquest that was fought around it. American historian Hiram Bingham discovered the city in 1911, bringing it to the world’s attention and securing its place as one of the modern wonders.

Around 200 structures stand proud amidst a maze of polished dry-stone walls, including temples, plazas and homes. Against a scenic backdrop between the Peruvian Andes and the Amazon Basin, the city of Machu Picchu provides an intriguing insight into the legacy of the Inca civilisation.

Celebrity Cruises South America itineraries may be preceded by cruise tours of Peru, with excursions to the Inca Trail and Machu Picchu. 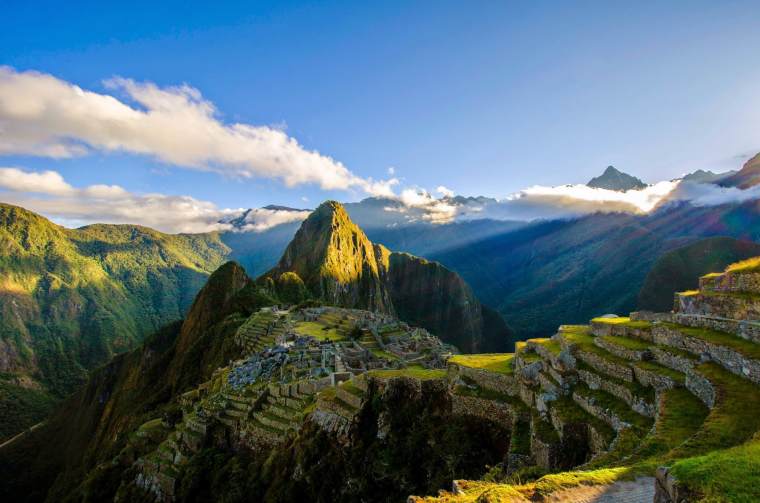 This iconic marble mausoleum was built by Mughal emperor Shah Jahan for his queen Mumtaz Mahal. So devastated was the emperor after the death of his beloved wife during childbirth in 1631, he employed a team of 20,000 stone carvers, masons and artists to create her the most beautiful tomb in the world. The Taj Mahal is a masterpiece that draws marvelling crowds from around the whole world; white marble is intricately carved and inlaid with thousands of semi-precious stones, Pietra Dura scrollwork and quotations from the Quran written in calligraphy and inlaid with jasper.

The iconic main building took 17 years to complete and is considered to be the finest example of Mughal architecture in the world.

What better way to arrive on the majestic shores of India, than on board one of the world’s most regal ocean cruise ships. Cunard offer excursions to the Taj Mahal as part of several Far East itineraries, many of which dock into the port of Mumbai and provide an excellent base for tours. 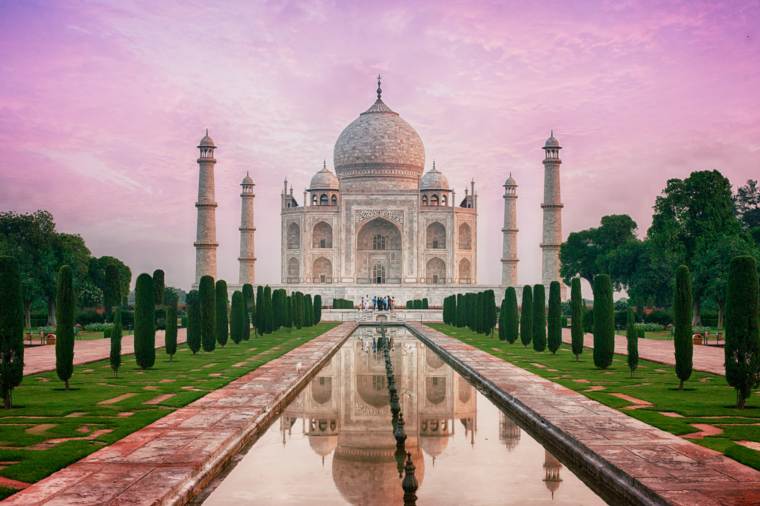 At 30 metres tall and with an arm span of 28 metres wide, Christ the Redeemer is the largest Art Deco statue in the world. From atop Corcovado Mountain, the universally recognised symbol of Brazilian Christianity commands the city of Rio de Janeiro from its position 2,300ft above the city.

The vibrant port city of Rio de Janeiro not only puts you within reach of Christ the Redeemer, it also offers one of the most spectacular approaches into port that you will ever see. 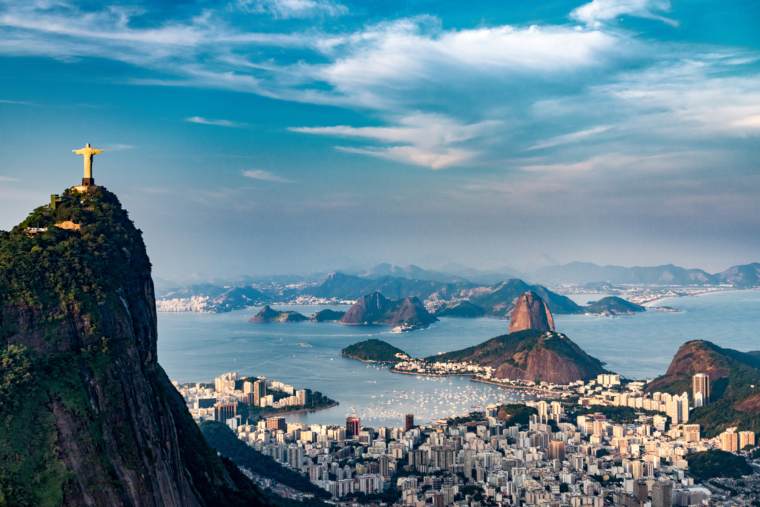 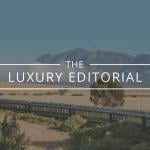 3 Responses to Cruising the Seven Wonders of the World