Home Blog Cruise tips Should I Book a Port or Starboard Cabin?

Should I Book a Port or Starboard Cabin? 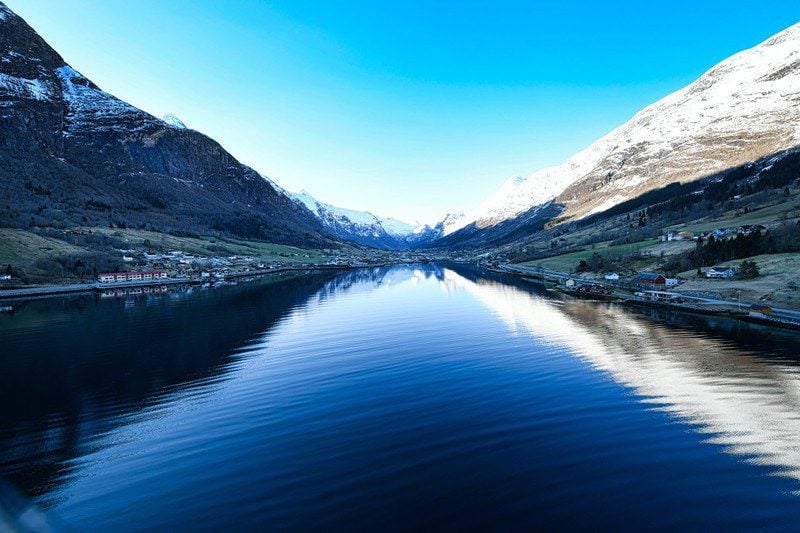 There’s was once a rumour that when sailing between the UK and India, certain passengers would request ‘port out, starboard home’, or POSH – a way to protect themselves from the heat of the sun and take advantage of the cool breeze. This has, of course, been debunked numerous times over the years (mainly because many of the cruise ships of the 1800s offered relatively few, if any, outdoor staterooms), yet this mantra has stuck around.

So, which is best? Port or starboard cabin? Well, it all depends on the itinerary.

Starboard Or Port Side Alaska Cruise

Many passengers prefer to book starboard accommodations when sailing northbound in Alaska, and portside cabins when sailing south as this offers views over the North American mainland, facing Skagway, Juneau, Ketchikan, Prince Rupert, and Vancouver.

However, if you’re sailing the Inside Passage there is, of course, amazing scenery on both sides of the ship. Facing away from the mainland, you’ll have views of the colonial Naikoon Provincial Park on the tip of Canada’s Graham Island, you’ll see Petersburg, Alaska, which calls itself ‘Little Norway’ because of the fantastic views, and you might even be able to see Sitka all the way across the other side of Frederick Sound. Many ships will turn at glaciers, when it is safe to do so, allowing passengers on both sides of the ship to get some great photos. Along with your accommodation, you’ll also find exceptional vantage points out on deck, often where most guests tend to spend their time during these itineraries.  The best open deck areas for scenic cruising will be advised by your Captain and crew each day, along with informing you if any exciting wildlife are in the area and where they can be seen. 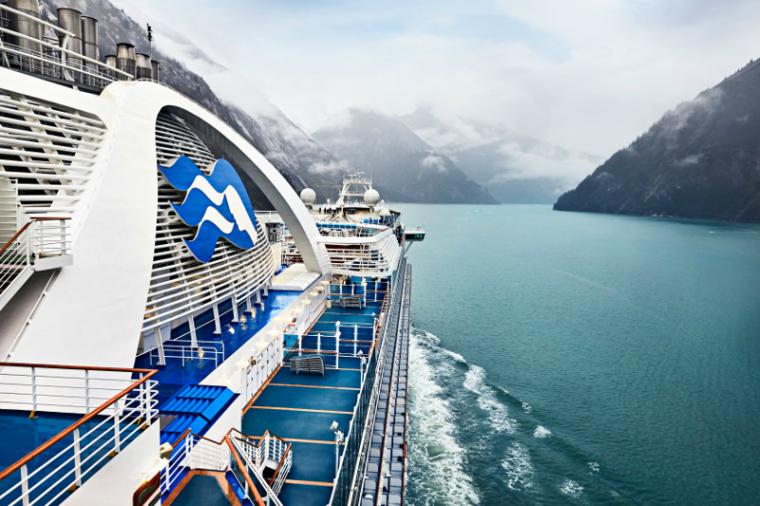 It could be argued that there’s really no better place to view the scenery of the Panama Canal than up on deck, but with many ships entering the canal in the early hours of the morning, it’s not surprising that many passengers choose their cabin carefully so that they can simply roll out of bed and head out onto their balcony to admire the view.

While it’s said that which side of the canal you’ll sail on is 50/50, ships typically stick to the right where possible. This means that portside cabins will often overlook the canal and the other ships passing by, while starboard cabins will look out over land, including the cities of Panama and Colon when sailing from the east coast of the USA, and the small town of Las Cumbres when sailing from the Caribbean. We therefore arrive at a similar conundrum, and the choice of port or starboard comes down to personal preference of what views you might enjoy most from your balcony. Alternatively, the open decks are always ready and available for you to capture the magnificent entrance to the Panama Canal.

Baltic cruises are very port intensive, giving passengers as much time as possible to immerse themselves in the fascinating history, culture and atmosphere these unique destinations hold. For many passengers here, the real excitement of the cruise is exploring the ports of call rather than scenic cruising, with very little time to really appreciate the view from their staterooms.

One point to consider, however, is that Baltic cruises do often sail back the same way as they came from, so you’ll always have a view, no matter which side of the ship you’re on. Certain guests air the view that they prefer portside accommodation for these itineraries, directing their reasoning towards the views on the approach to shore and the opportunities to see offshore wind farms along the way, but a starboard cabin is just as endearing.  In truth, on a Baltic cruise, the real atmosphere is out on the open decks and this is often where you’ll find the best vantage points, especially when sailing into such ports as Stockholm – the archipelago is absolutely stunning on BOTH sides.

Which Side Of Cruise Ship Is Best For Mediterranean

For a Mediterranean cruise, don’t be overly concerned with which side of the ship is best. Sailings from Southampton will often be a roundtrip, therefore you’ll have the sun on your balcony either on the outbound journey or on the return. For exciting destinations such as Venice, Istanbul and Lisbon that all provide unique entrances into port, you will be able to experience incredible views no matter which side of the ship you are on. For Istanbul, on one side you have Europe and the other Asia, a pretty spectacular attraction, and your ship will again return from where it has come from, giving you the opportunity to see both.

The side that your ship docks into port will vary depending on such factors as weather conditions and how busy the port is on that particular day.  There is no real concern for cabin position on Mediterranean cruise unless you have an individual preference or are looking to see something specific.  When leaving port, be sure to head up to the open decks for a sailaway party, you’ll be shown key landmarks along the way, as well as some great music, entertainment and an all-round experience to remember.

Best Side Of Ship For Norwegian Fjords

Port or starboard? It really doesn’t matter! When you enter a fjord, the only way out is to go back again. The Norwegian Fjords are beautiful, but you’ll see the scenery no matter which side of the ship you’re on, the only difference is in whether you see it in the morning when you arrive, or in the evening when you’re sailing out. Once again, this is one situation where the best place for viewing the scenery is out on deck, where you can see both sides of the fjord at once. 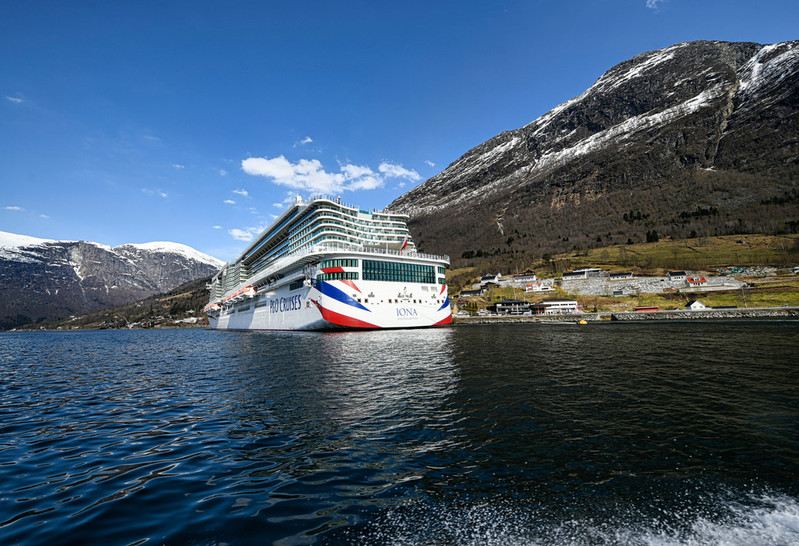 Best Side Of Ship For Transatlantic Crossing

Although it’s widely believed that ‘port out, starboard home’ was something that was created solely to explain the origins of the word ‘posh’, a transatlantic sailing is one situation where this mantra really does ring true – on westbound crossings, that is. The excitement of a Transatlantic crossing often revolves around New York and the experience of sailing either in or out of this incredible city.  The key attraction is The Statue of Liberty and a regular question from our clients is which side of the ship they should book to get the best views.  If you’re sailing from Southampton to New York with Cunard Line, for example, you might find that portside accommodation sells out quite quickly. When sailing westbound, this means that you’ll experience the heat of the sun rather than the cool breezes of the Atlantic, and you’ll also have an amazing view of the Statue of Liberty as you approach the United States (if you look to the starboard side, you’ll see Brooklyn).

Sailing eastbound back to the UK, starboard cabins sell like hotcakes.  There is no doubt that the route can play a role in your choice of accommodation but (and we’ll keep saying this), the open decks are often the best places to take in the views.  Cunard create a great atmosphere on the open decks, it really is an unforgettable experience.

There are however, advancements and innovative developments taking place at this very moment to make the experience of sailing past the Statue of Liberty even more spectacular. Royal Caribbean, for example, has incorporated the North Star viewing pod onto some of its newer ships, which extends out over the sea, giving 360-degree views of your surroundings. 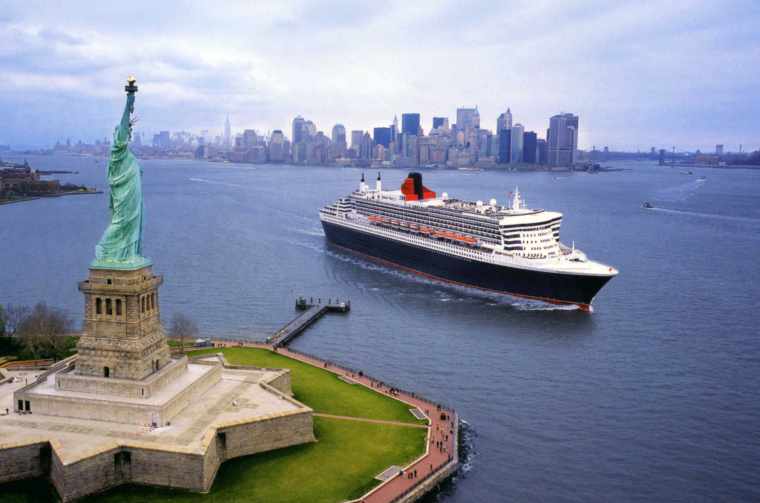 Port or starboard cabin? Take a look at the deck plans

Unless you have a specific preference, staying on either the port or starboard side of the ship shouldn’t make any difference to your cruise holiday. After all, who wants to spend all their time in their cabin when you could be out on deck? It’s far more important to base your accommodation choice on the layout of your ship, such as being near to the kids club if you’re sailing with children, close to the lido deck if you enjoy a swim, or close to the buffet if you’re an early bird searching for a coffee. Everyone has their preferences, but there really is no bad place to stay on a cruise ship! 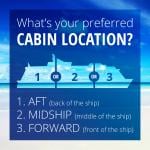 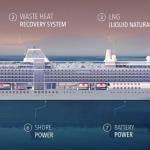 What to Look Out for On Board Silver Nova
Categories: Cruise tips